How does the brain learn to read?

Associate Professor of Education Nadine Gaab explains how regions of a child’s brain work together to turn reading into learning.

The brain-changing power of conversation

The interplay between parents and children ignites the brain and boosts its response to language, stimulating lasting literacy skills.

Tracing the roots of language and literacy

Research emphasizes the importance of the first year of life for long-term language and literacy development.

Experts explore how a deficit that affects the learning of one in 12 children can go undetected by parents and educators.

A way with words

Researchers investigate not only how infants acquire language, but how they gain the many complementary skills.

An app for communication

After Extension School graduate Brian Sullivan’s brother-in-law suffered a stroke that significantly impaired his speech, Brian set out to create an iOS app that could help him communicate.

Over her lengthy career, Graduate School of Education Professor Catherine Snow has improved our understanding of how oral language skills are acquired.

Learn about the Inupiaq language

Today, there are 100-150 primary speakers of Inupiaq, an Alaska Native language, but Joan Naviyuk Kane has taken up her grandmother’s fight to teach the language.

An example of a khipu

When Richard Grounds began his work there were fewer than two dozen fluent, first-language speakers of Yuchi, but that’s all changing thanks to his Euchee/Yuchi Language Project.

Learn about the Gullah language

Gullah, or Geechee, was created by enslaved people brought from West Africa to Charleston, S.C., who needed a common language to communicate. It allowed them to speak freely, by way of encoded speech, in the presence of those holding them in bondage.

Nahuatl was the lingua franca of the Aztecs, who ruled Mexico between the 14th and 16th centuries. It is still spoken by nearly 1.5 million Mexicans and has a growing Harvard study group dedicated to it called Nahuatl Notequixpoyohuan or “My Nahuatl Friends.”

Griko, a language of Greek origins spoken in Salento—part of the “heel” of Italy’s boot—was deemed by the Italian government to be a “language of the backward past” until 1999, when a national law recognized Griko among 12 “historical linguistic minorities” in Italy.

One of the last widely used pictographic languages in the world, the written language of the Dongba, an ethnic minority in southwest China, is being digitized by Harvard-Yenching Library and shared with scholars in China to preserve records of the customs, religious practices, and daily life of the Naxi people. 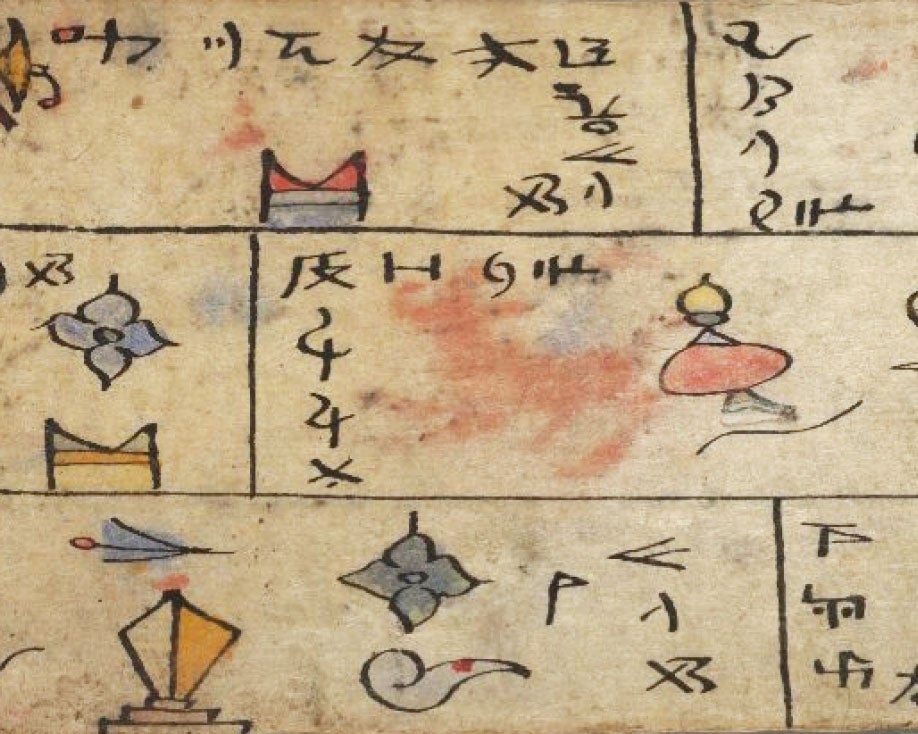 Planting the seeds of a second language

Exposing children to foreign languages, either in school or at home, could lead to cognitive benefits that will last their entire life.
Learn more about bilingualism in children

A growing body of evidence suggests that lifelong bilingualism is associated with the delayed diagnosis of dementia. But the impact of language experience on brain activity has not been well understood.
Learn more about bilingual brain research

Supporting students as they learn a second language

Research shows that supporting a student’s first language will help the student learn to read in English. Educators can encourage family members to engage in language and literacy activities in their native languages.
Learn more about how to support English learners

What language do you dream in?

Harvard Medical School's Deirdre Leigh Barrett talks about what language a bilingual or multilingual person is most likely to dream in and why.
Learn more about how language affects dreams

What mainstream classroom teachers should know about teaching English learners.
Learn more about how to become a linguistically responsive teacher

Fellows from the Radcliffe Institute collaborated with the goal of deciphering the way sperm whales communicate with one another.

Explore what whales may be saying

Building a language for early computers

The men who invented computers focused primarily on the hardware, but the women who became involved during World War II saw early on the importance of programming.

Learn more about a pioneer of computer language

How to talk to extraterrestrials

Harvard experts lay out the challenges of communicating with beings who may be more intelligent and don’t share our conceptual system.

Explore the challenges of talking with an alien species
0:00
0:00